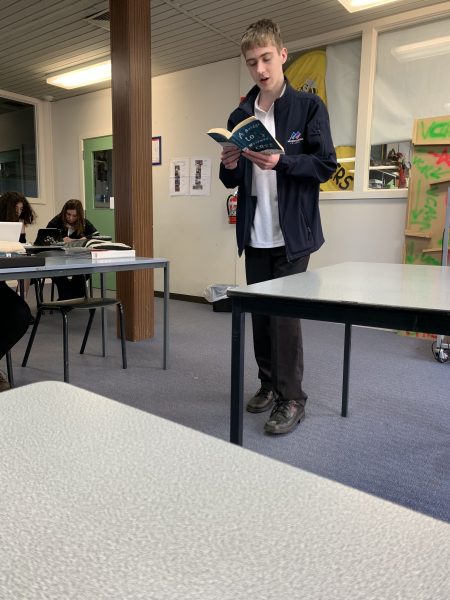 It is great to have all students back learning in one way or another! The English KLA has been working hard to emulate as much of the liveliness of a classroom as possible, albeit in a remote setting and the English teachers look forward to guiding students with their studies this term.

We would also like to give a warm welcome to a new English staff member, Ms Leilani Foleti. It is lovely to have you on board!

Here is a glimpse of what is happening in our classes now:

After our return from Remote Learning in Term 2, Year 9 English students have been focussed on reading and exploring the novel ‘A Bridge To Wiseman’s Cove’. By popular vote, Liam Thompson became our reading celebrity and took us through the first half of the novel with riveting enthusiasm. We began to look at the themes that were arising in the novel and in response to the theme of loneliness, Holly Grant poignantly wrote ‘loneliness occurs when someone feels rejected by the world.’ Exploring the themes within the novel helped us to understand the characters, particularly Carl, the main character on a deeper level. 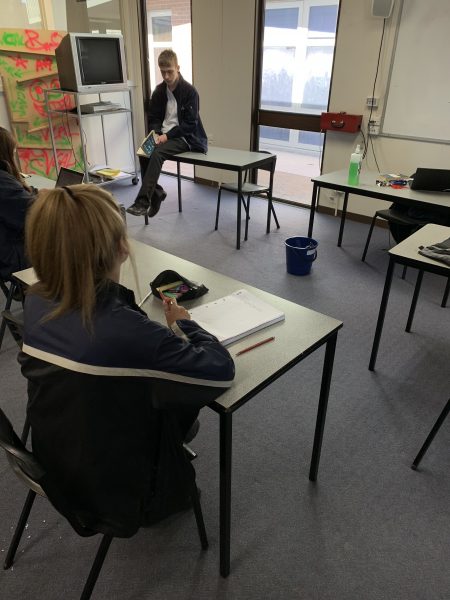 Year 10 students have been busy, entering the world of comparative analysis through ‘Stand by Me’, directed by Rob Reiner, based off the novella ‘The Body’ by Stephen king; comparing this to the indelible Australian novel by award winning poet Steven Herrick ‘By the River’. In the last week of class, students focused on breaking down and analysing specific poems in ‘By the River’, presenting their findings to the rest of the class. Some students took the opportunity to create some fantastic PowerPoints, as well as a few stunning drawings to support their work. I would like to highlight the amazing work of Josh Kuszlaba and Darcy Travis in creating a highly engaging and well-represented presentation on the poem ‘The Pieman’.

This movie is an absolute classic and I believe it’s one of Spielberg’s best. We follow the kids’ adventure as they try to find One-Eyed Willy’s treasure while being chased by criminals who also want the treasure. The jokes which are made in the film will make you laugh! I give the movie 5/5 stars because of the engaging mystery and humour throughout the film.